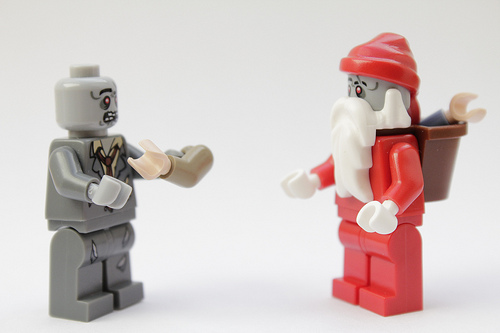 Have you ever given someone a present which you’re not sure they want to accept?

Some time ago, I shared a Dr. Seuss saying:

“Don’t cry because it’s over, smile because it happened.“

Okay, maybe from a pure sense of gifting, it makes no difference how a gift is received. After all, if a gift is freely given, why would there be any strings to the way the recipient receives the gift? Still, when carefully choosing a gift it only seems natural to want the gift to delight the recipient.

Here we are at the end of another holiday season, and many gifts have been exchanged. Some were given freely, others given with strings attached.

A gift I offered was received joyously, yet later the recipient felt let down because the gift had impacted them so much they had doubts if they’d ever experience such joy again soon. So, the joy transformed into doubt and sadness.

I’m left with the questions – Does it complete the cycle of abundance when a recipient receives? Then, doesn’t the cycle extend even further when the recipient turns around and passes the energy along, either as some other loving gift or the gift itself? Or, is it enough to give without any expectations at all? Is that possible?

The Sun never says to the Earth, “you owe me”.
Look what happens with a love like that. It lights the whole sky.

5 thoughts on “Would you call it degifting? Or is it still a gift?”