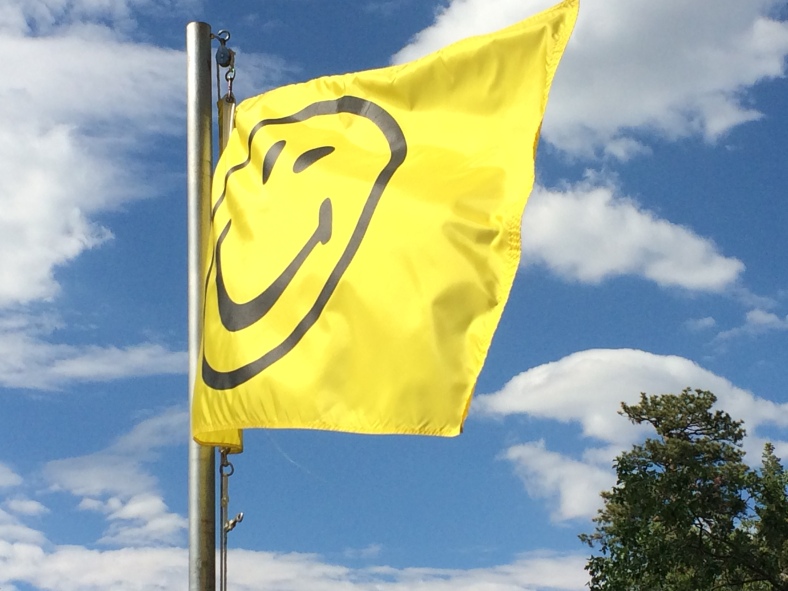 I’ve been swimming a lot in the ocean these last five or six weeks. The Pacific is particularly wonderful now, as the water is as warm as it gets around here. I like body-boarding and swimming anyway, but this year, I’m particularly enjoying it. And, most of my gratitude is for a stranger.

Nearly two months ago, I was out in the waves with a lot of other people. It seems like there were visitors from the midwest, south, north, and about everywhere else. It’s not a problem, because the ocean is big enough for all of us. That day, there were a lot of people also enjoying body-boarding, swimming in the waves without a boogieboard or surfboard or other equipment. Just frolicking in the waves is a lot of fun.

Well, that day, I noticed one girl who was just enjoying herself so much, her smile just beamed. She would literally grab a wave with one hand, tuck the other arm behind her, sort of turn on her side, and ride the ocean like a dolphin. Then, she’d swim back, grab ahold of another one, and ride some more. It was joy, life, and happiness, all rolled into one.

After watching her awhile, I decided to try it myself. Now, I’m hooked!

It’s amazingly fun, and not really that difficult.

Sure, it was a little tricky to have one arm up and one arm down and lay on my side. Soon, though, having a wave in my embrace became transformative.

I know the water’s getting colder each day, so as the season draws to a close it might be harder for me to just walk down and ride a few waves. It’s yet another reminder of the impermanance of all things.

Oh, another thing. Last week, as I was diving into the waves to start some more bodyboarding, I felt unsure how gentle or rough the ocean was going to be with me that day. Then, one of Paramahansa Yogananda’s chants of acceptance came to me…

Wave of the sea, dissolve in the sea!
I am the bubble, make me the sea.

A couple days later, I went to the group meditation at the SRF temple in Encinitas. Wouldn’t you know it, but out of all the hundreds of chants they sing, that happened to be the one they finished with. That brought up even more gratitude.

If you’ve read this far, I have a question: is there someone you’re grateful to, who taught you something, yet is someone you didn’t even know? Do you want to tell us about it?