There are many ways to try to identify and classify type of people. Who am I? Who are you? Who do we think we are? Who do others think we are?

We ask these questions in order to try to understand ourselves, others, and maybe to find a better way to get along with each other or help each other.

We might also invent labels to give ourselves some structure, or some sense of control. Nouns or labels don’t always serve us and can even serve the ego. (See my post on living as a verb.) 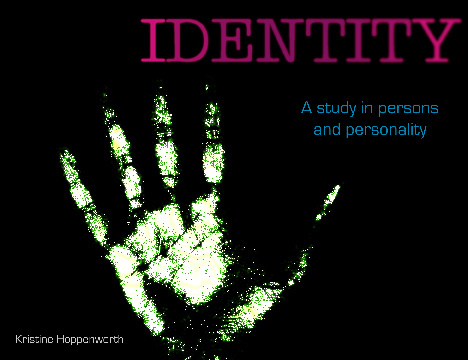 There’s a nice little summary of the nine Enneagram types on Wikipedia: http://en.wikipedia.org/wiki/Enneagram_of_Personality#The_nine_types

Now read these, and see if you can see yourself in any of these. In all of them? None of them? Is that because you’re not sure of yourself, or because of the way these are written?

Brief descriptions of the nine Enneatypes are as follows:

Ones are focused on personal integrity and can be wise, discerning and inspiring in their quest for the truth. They also tend to dissociate themselves from their flaws or what they believe are flaws (such as negative emotions) and can become hypocritical and hyper-critical of others, seeking the illusion of virtue to hide their own vices. The greatest fear of Ones is to be flawed and their ultimate goal is perfection.

Twos, at their best, are compassionate, attentive, generous and caring but they can also be particularly prone to clinginess, neediness and manipulation. Twos want, above all, to be loved and needed and fear being unworthy of love.

Threes tend to be especially adaptable and changeable. Some walk the world with confidence and authenticity; others wear a series of public masks, acting in ways they think will bring them approval but losing track of their true self. Threes are motivated by the need to succeed and also to be seen as successful.

Fours are driven by the desire to understand themselves and find a place in the world. They often fear that they have no identity or personal significance. Fours embrace individualism and are often profoundly creative and intuitive and at best they are very humane. However, they have a habit of withdrawing to internalize, searching desperately inside themselves for something they never find and creating a spiral of depression.

Fives are motivated by the desire to understand the facts about the world around them. Believing they are only worth what they contribute, Fives have learned to withdraw, to watch with keen eyes and speak only when they can shake the world with their observations. Sometimes they do just that. However, some Fives are known to withdraw from the world, becoming reclusive hermits and fending off social contact with abrasive cynicism. Fives fear incompetency or uselessness and want to be capable and knowledgeable above all else.

Sixes long for safe stability above all else. They exhibit unwavering loyalty and responsibility, but once betrayed, they are slow to trust again. They are particularly prone to fearful thinking and emotional anxiety as well as reactionary and paranoid behavior. Sixes tend to react to their fears either in a phobic manner by avoiding fearful situations or by confronting them in a counterphobic manner.

Sevens are adventurous, constantly busy with many activities with all the energy and enthusiasm of the Puer Aeternus. At their best they embrace life for its varied joys and wonders and truly live in the moment but, at their worst, they dash frantically from one new experience to another, too scared of disappointment to actually enjoy themselves. Sevens fear being unable to provide for themselves or to experience life in all of its richness.

Eights value their own strength and desire to be powerful and in control. They concern themselves with self-preservation. They are natural leaders who can be either friendly and charitable or dictatorially manipulative, ruthless and willing to destroy anything in their way. Eights seek control over their own lives and destinies and fear being harmed or controlled by others.

Nines are ruled by their empathy. At their best they are receptive, gentle, calming and at peace with the world. They also, however, tend to dissociate from conflicts and to indifferently go along with other people’s wishes. They may also simply withdraw and try to shut down emotionally and mentally. They fear the conflict caused by their ability to simultaneously understand opposing points of view and seek peace of mind above all else. Nines are especially prone to dissociation and passive-aggressive behaviour.

One thought on “Who are you? The Nine Enneagram Personality Types”